The game mechanism is another pillar that makes Precision Fut an innovative and fun sport.

The game starts from midfield and each player can only touch the ball 3 times. With the third contact, the player must pass the ball.

If there are only two players (one per team), or if one of the teams is made up of only one player, then that player will be able to touch the ball an unlimited amount of times.

This way of playing, forces there to be a lot of passing between the players regarless of their age and/or skill. Passing and recieving each counts as one touch, so if a player recieves the ball, he/she will have one more touch before having to pass it.

The objective is to reach the opposite goal and score.

Goals are counted when the ball remains inside the circle for one second or more or when the player steps on the ball. 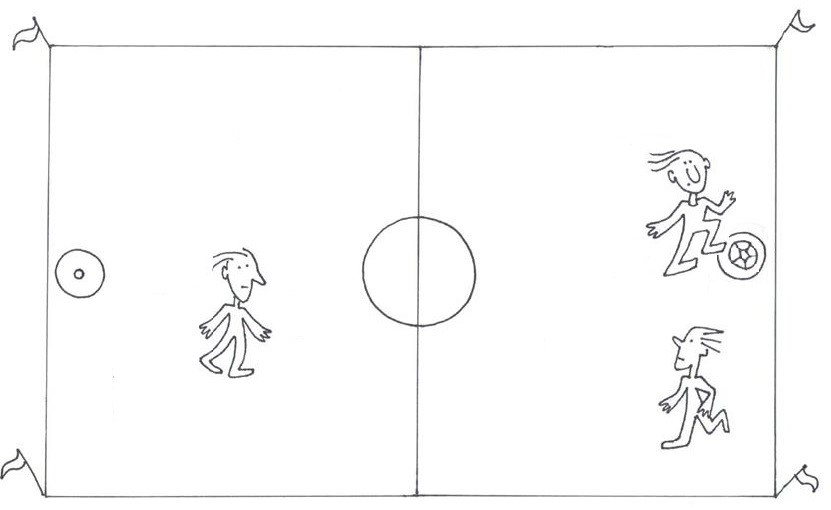