Precision Fut can be played between two or more players.

Team B would be composed of two players: the 12 and 15 year olds.

If the teams seem to be unfair after a few goals, rebalance the teams as many times as necessary.

The goal of Precision Fut is to allow everyone to play and allow for everyone to be involved and have fun.

Some ways the teams can be built are as follows:

Even number of players:

Two, four, or six players. Any even-numbered teams should have equally distributed teams: one on one, two on two, etc. 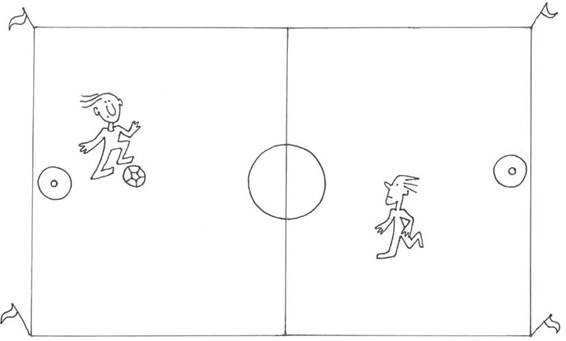 3 players: two on one
5 players: three on two
7 players: Four on three, five on two 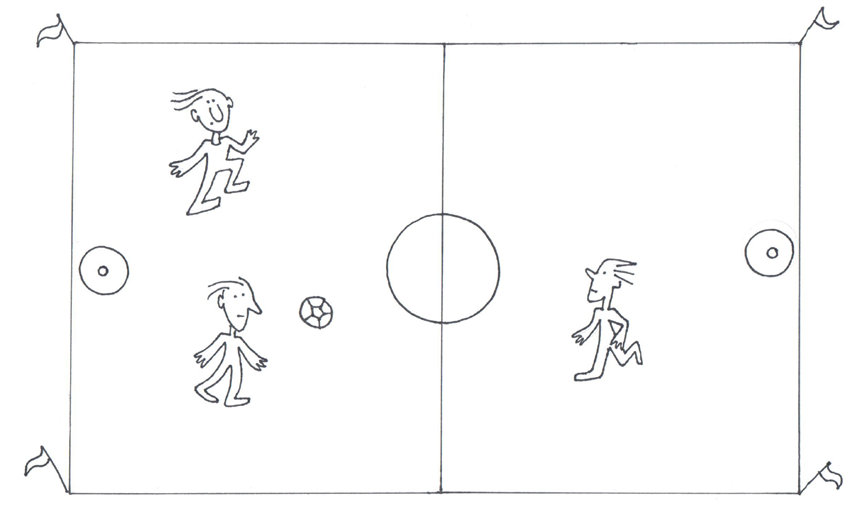